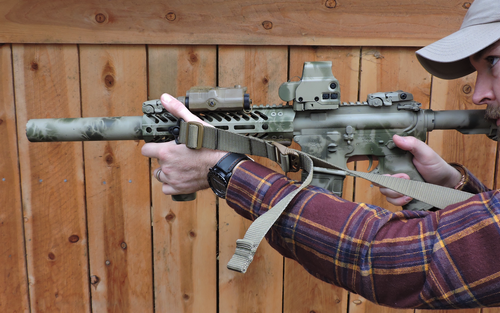 Enhanced model has an added adjustment tail at the front of the sling for easier adjustment during patrol carry.